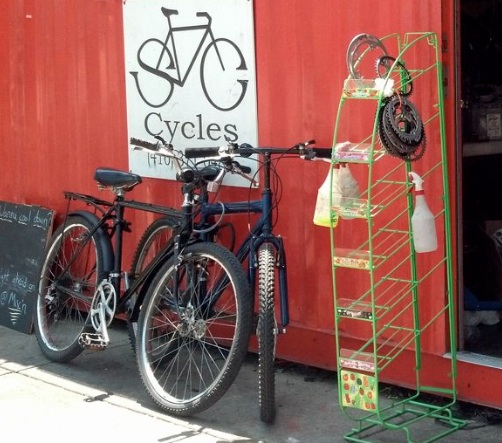 S&C Cycles stands out on the Dundas West strip

Despite the fact that this pop-up-style shop is located outside Scadding Court Community Centre (SCCC), the “S” and “C” refer to the first letter in the first names of the proprietors.

I thought the fellow had said his name was Sean (or Shawn?) but after reading a similar post from Luvelo and a helpful comment from a reader (thanks Leo!), I learned that his name is actually Satchel. In any case, Satchel and his partner Chase are the proprietors and staff of this small shop just east of Bathurst Street on Dundas Street.

This Small Business Takes it Outside

S&C Cycles is entrepreneurial to be sure. Their outfit is part of a collection of small businesses set up on the sidewalk outside SCCC, each hawking wares out of colourfully-painted shipping containers. Most are selling amazing food (think food trucks).

S&C Cycles stands out for its unique focus and the fact that half the shop seems to have migrated onto the sidewalk. 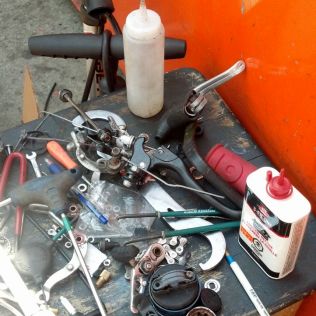 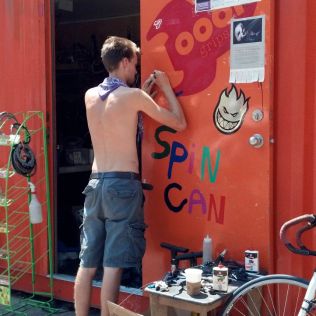 As I pulled up, I saw a bunch of bikes outside and an open door revealing an incredibly packed container full of everything bike-like. Given the table full of basic bike tools placed outside the container, I figured it was probably a drop-in bicycle outlet.

Much like the DIY Bike Repair Space offered at Community Bicycle Network, where people can borrow supplies and get advice to fix their bikes on-site.

As I took a couple of pictures, a man walked his bike up to the table and started applying some grease to his chain. Satchel, who I hadn’t met yet, yelled out that the guy needed to put down the oil. He told the guy that he needed to ask before just helping himself.

The man left quickly and I wondered for a moment if I should go ahead with my interview, given the tense exchange I had just witnessed.

I introduced myself and Satchel looked a bit embarrassed. He explained that many people assume it is a drop-in bike shop where the materials are communal.

This is a business that is happy to share their resources, within reason. Satchel expressed the need to be vigilant as there are people who have taken advantage of the easy access to the medical theatre where sick bikes are treated.

I love the model — presumably they’re paying some rent to SCCC, overhead is super low and foot traffic is consistent.

While I was there, two people came up, told Satchel what was wrong with their bikes and promptly took off for a swim at the Centre.

If I needed a quick fix and I was in the area, I’d drop in here for sure. I’d probably get a tasty taco and artisan ice cream while I waited.

Seasons: Open until the snow falls

Author’s note: This post was updated after learning the proprietor’s name: “S” was changed to Satchel.

← Bike Shop Snapshot: Bikes On Wheels
Just because you build it … → 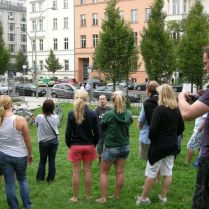 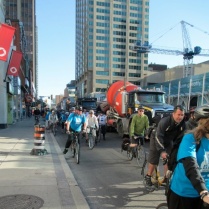 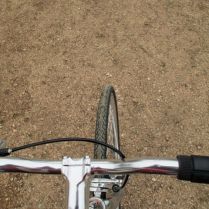 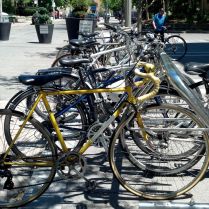 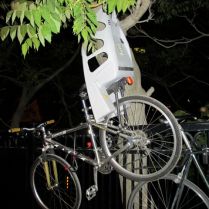 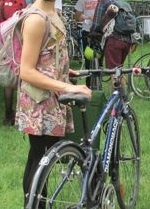